Meerkats Pansy and Brendan have become the proud parents to four meerkat pups. Meerkat mobs live in large family groups led by a dominant pair, which in this case is the new parents, and the rest of the mob will play an important role in caring for the litter.

The quadruplets were born on the 24th February and have not yet been sexed. The youngsters spent the first month of their lives bonding quietly with Pansy inside a secluded pen of the meerkat house. Now though, with their curiosity growing by the day, they have begun to venture outside into the main enclosure under the careful watch of the mob. 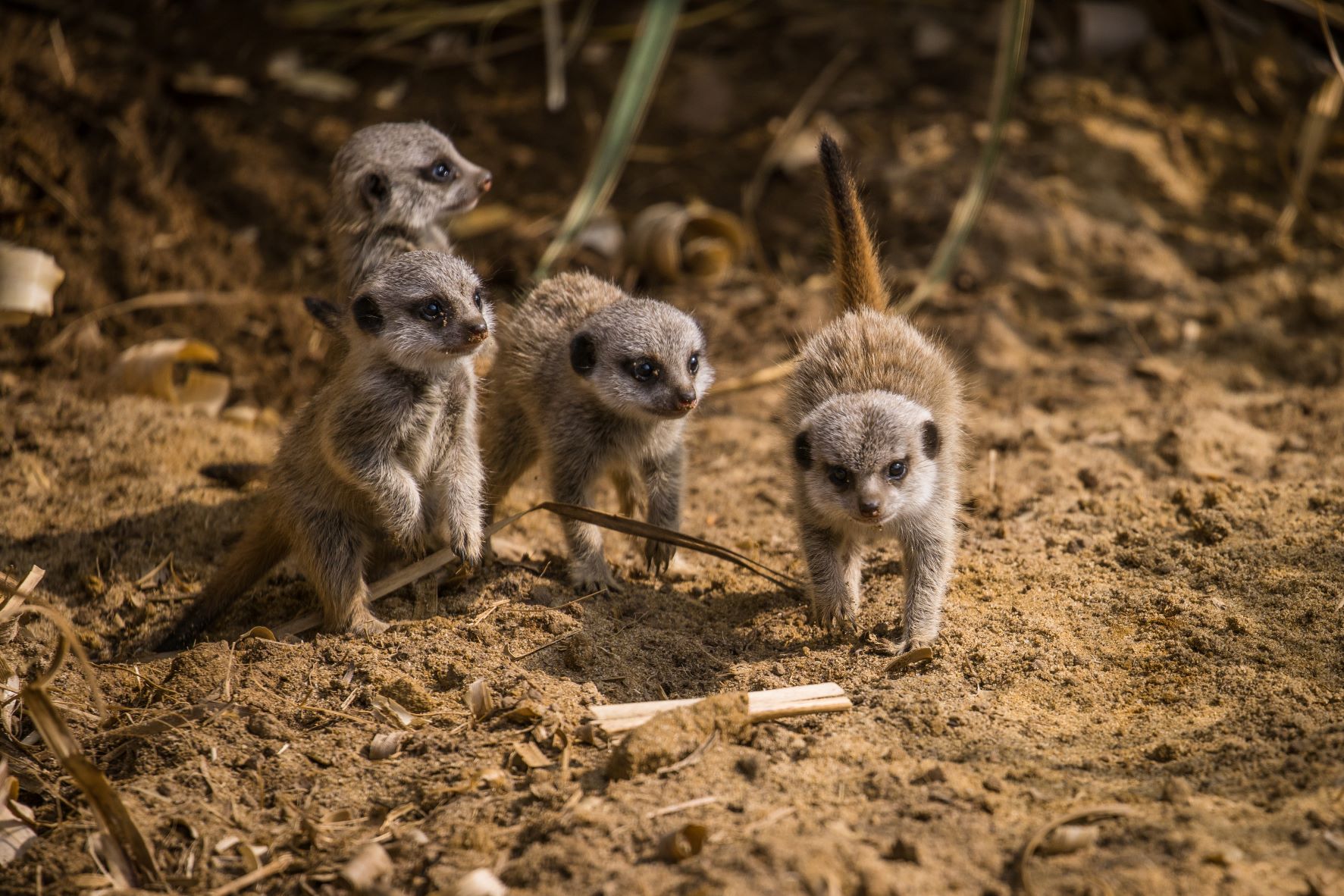 Tom, Animal Keeper, said: “The pups, and Pansy, are all doing really well. They’re tiny when they are first born and spent the first few weeks of their lives tucked away in their den but they’re becoming more inquisitive day by day.  In the past week, they have begun emerging out into the main enclosure, under the careful watch of Pansy, so visitors might now catch a glimpse of them exploring their new home!”

The meerkat mob can be found in their specially created habitat in Desert Springs. The sandy sanctuary mimics their natural desert habitat, allowing the mob to forage, burrow and stand on lookout on the artificial termite mounds.