Caught on camera – a first for Woburn

Born to mum Phoenix and dad Xanthos, this is the first time that the birth of any North American black bear cubs has been caught on camera at the Park.

Born to experienced mum Phoenix in mid-January, the four youngsters are growing both in size and strength every day and currently bonding in a secluded den, away from the rest of the bears and out of view to the public.

It is expected that the cubs will emerge from the den for the first time around April, but the new family will remain in their separate pen until the cubs are big enough to meet the other residents of their parkland home, which includes father Xanthos.

Keepers are providing Phoenix with plenty of extra fish, fruit, and protein, to help maintain her strength while she is feeding her adorable new additions. 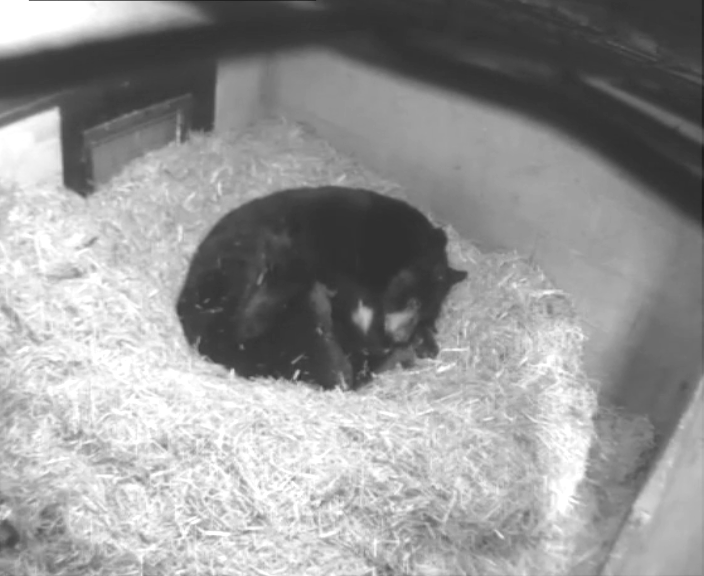 Ben Davies, Acting Head of Carnivores, said: “Phoenix is a fantastic mother and we can see in the CCTV footage that the cubs are behaving as we would expect them to be – sleeping for long periods of time and suckling well. Normally the first glimpse of the cubs we get is when the mother brings them out of the den for the first time, so it’s amazing to be able to view them at such a young age and to see how attentive Phoenix is being via the CCTV camera.”

A CCTV camera was installed in the den in the latter part of 2021, when the team first suspected that Phoenix may be pregnant. 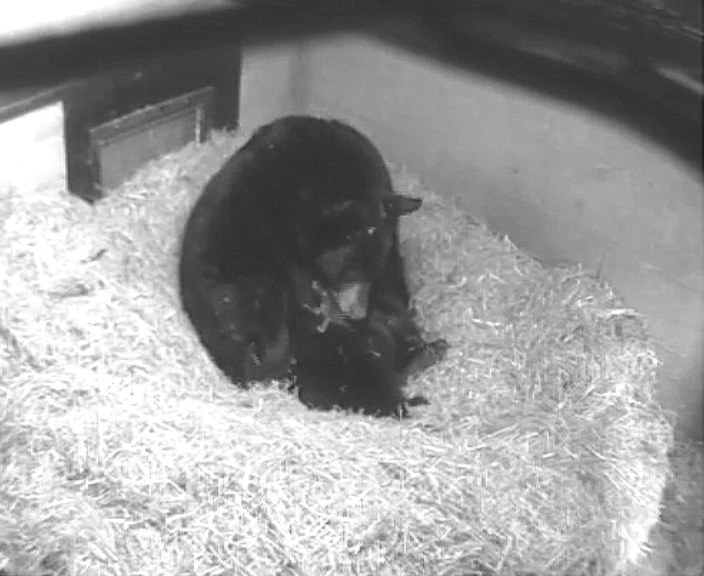 Woburn Safari Park is home to twelve North American black bears, including the most recent arrivals.

Although Phoenix and her cubs, as well as the Park's other mother bear Indiana and her cub Denver, are currently living in two secluded pens, the rest of the bears can be seen roaming within their vast 10-acre drive-through reserve in the Kingdom of the Carnivores section of the Road Safari.

The bears love to show off their climbing skills, so make sure you look up as you drive through their home! You never know who you might see peering down at you from the trees…