Keepers in the Road Safari are thrilled to have welcomed a new arrival to the Savannah Grasslands. 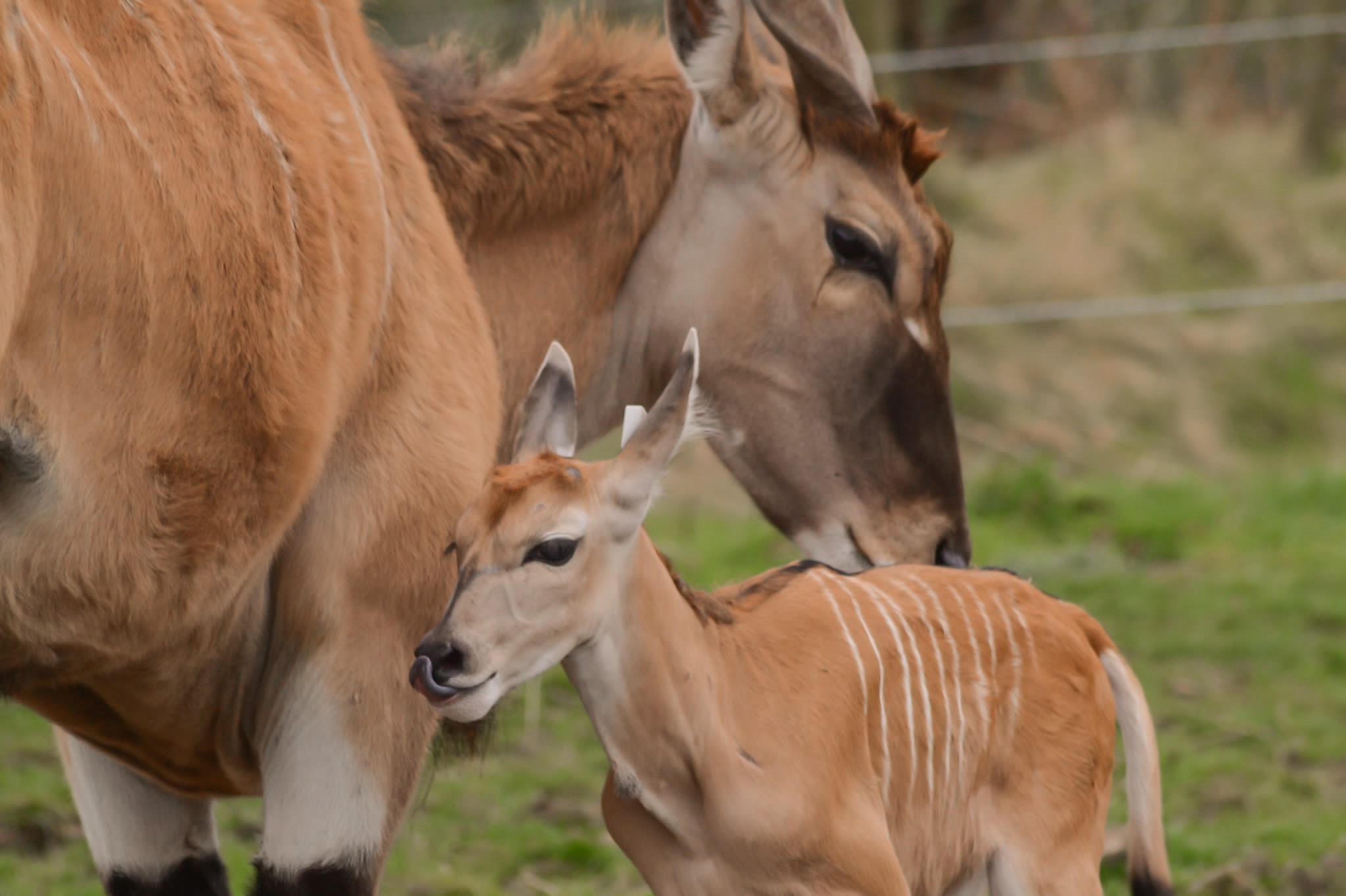 The adorable eland calf was born on the 24th March to mother Rosie and father Luigi.

Elands are pregnant for nine months, before giving birth to one calf. Named Wendy by her keepers, the youngster at Woburn was up on her feet just shortly after being born and can now be seen sticking close to her mother amongst the large herd. 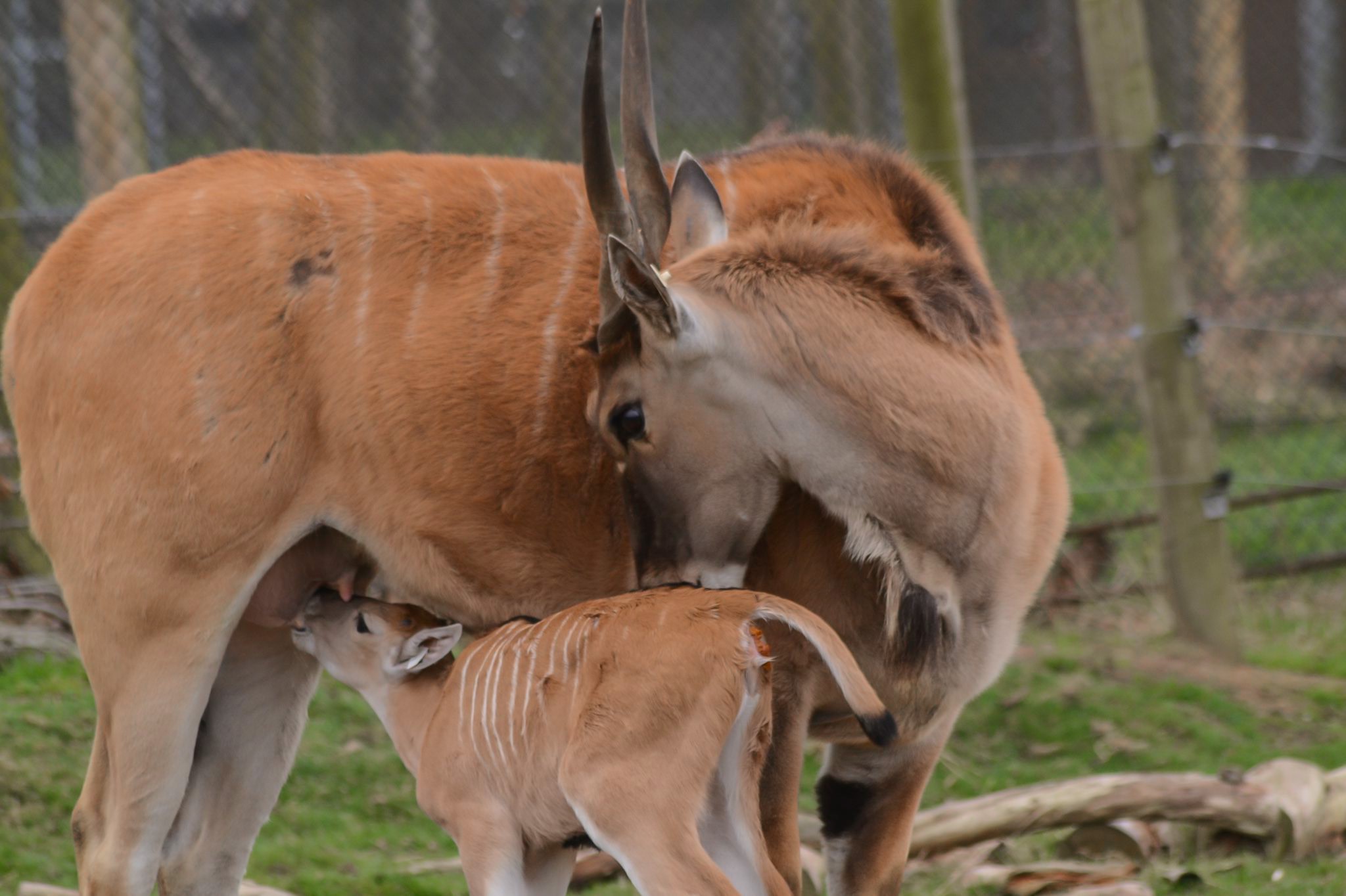 Naturally eland calves will keep themselves tucked away while their mother grazes, to avoid being spotted by predators. Despite not being faced with the threat of predators at Woburn, Wendy has been displaying this natural instinct and tucks herself away in the brambles for an afternoon snooze. 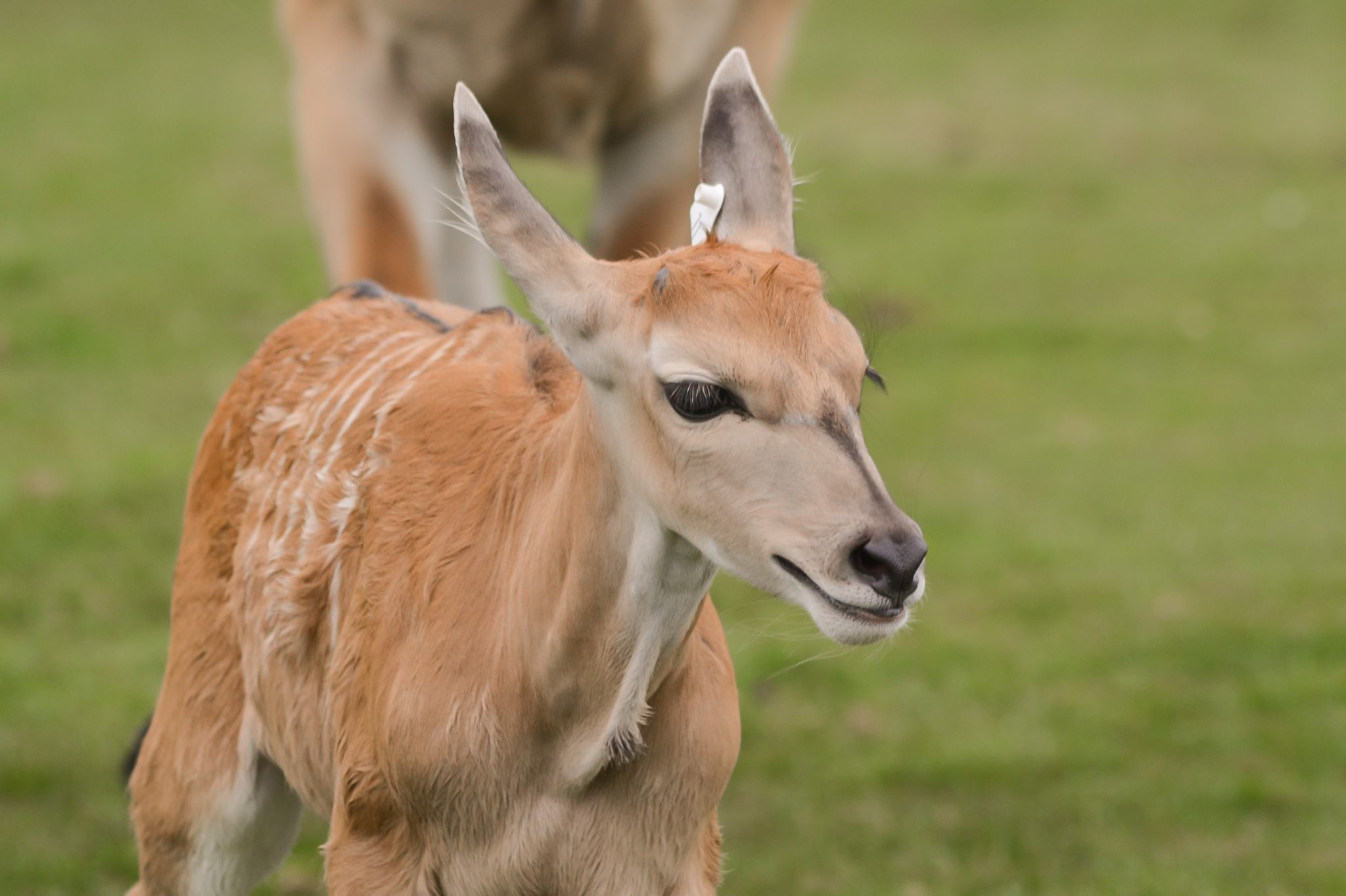 Where to see the eland herd

The large breeding herd of common eland at Woburn Safari Park live in the large Savannah Grasslands drive-through reserve of the Road Safari. They can be seen roaming freely alongside a number of other African species including ostrich, Grevy's zebra, and Southern white rhino.

When walking, the male elands create a loud clicking noise - listen out for them on your next visit!